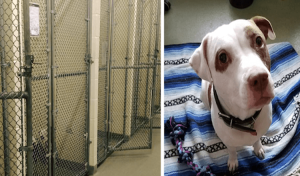 A lovable old pit bull named Capone saw everyone around him get a forever home. Instead of being taken out of his kennel and placed somewhere where he would feel safe and loved, he was ignored or put back in his kennel after a brief encounter.

All his shelter friends were adopted and left the shelter one by one. Until Capone was the only one. 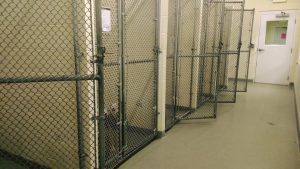 This broke the hearts of the staff. Carly Quinn, director of the Ionia County shelter. ,,Capone was our only dog at the shelter for a while. All the kennels were empty except for Capone’s calm and friendly kennel.”

Capone was adopted shortly after he arrived at the shelter, but was returned when he didn’t get along with another dog in the household. Capone became discouraged. He was so depressed that he stopped eating. 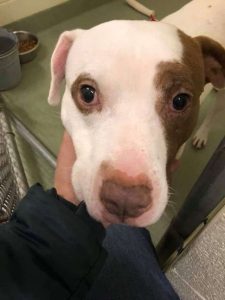 ,,He lost a lot of weight because he no longer had the appetite he had at home.” says Quinn. It was very difficult to get him to eat.

We had to coax him with treats and different types of wet food every day. Everyone could see that Capone had lost not only his appetite, but also a part of who he was. 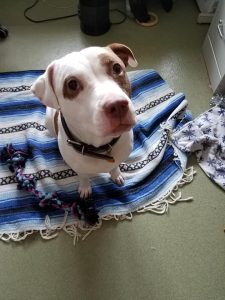 He became very attached to us, the shelter staff.” Quinn added. Because Capone was having problems with the other dog in his future home, shelter staff wanted to place him in a home where he would be the only dog.

The project turned out to be more difficult than expected. 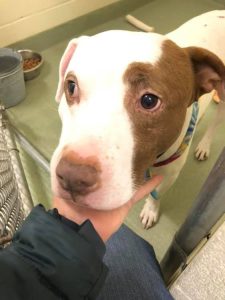 Staff continued to post Capone’s photo on their Facebook page in the hope that the right person would see him and give him the life he deserved.

After the shelter was emptied and he stayed, they were even more determined to place him. Capone did not deserve to be abandoned. Finally, sharing his photo on social media paid off! 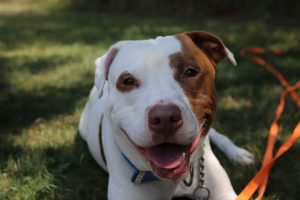 Quinn checked his Facebook page and saw a message from a couple interested in Capone. ,,They fell in love with his pictures and his story.” says Quinn.

When they arrived at the shelter that day, they had already gone to the pet store and had a dog tag made with his name and contact information. After his second abandonment, Capone became very selective about who he liked and who he preferred to stay away from. What if he didn’t like his potential new family?

Quinn almost held her breath. She followed Capone to the couple and crossed her fingers for him. Quinn said: ,,When I came out into the hallway with Capone, he stopped and looked at Jon and Ashlee for a moment. They both fell to their knees and Capone immediately ran into their arms.” Quinn continued: ,,It was really heartwarming.” 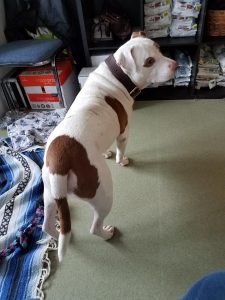 Even after Capone’s departure, the staff was in chaos. They were very nervous about his return. But with time and Capone’s control, the staff realized that they had found happiness. See him in his new home with that peaceful, sleepy smile. 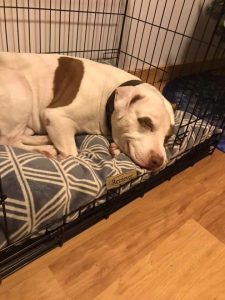 Feel free to share this story with your family and friends!